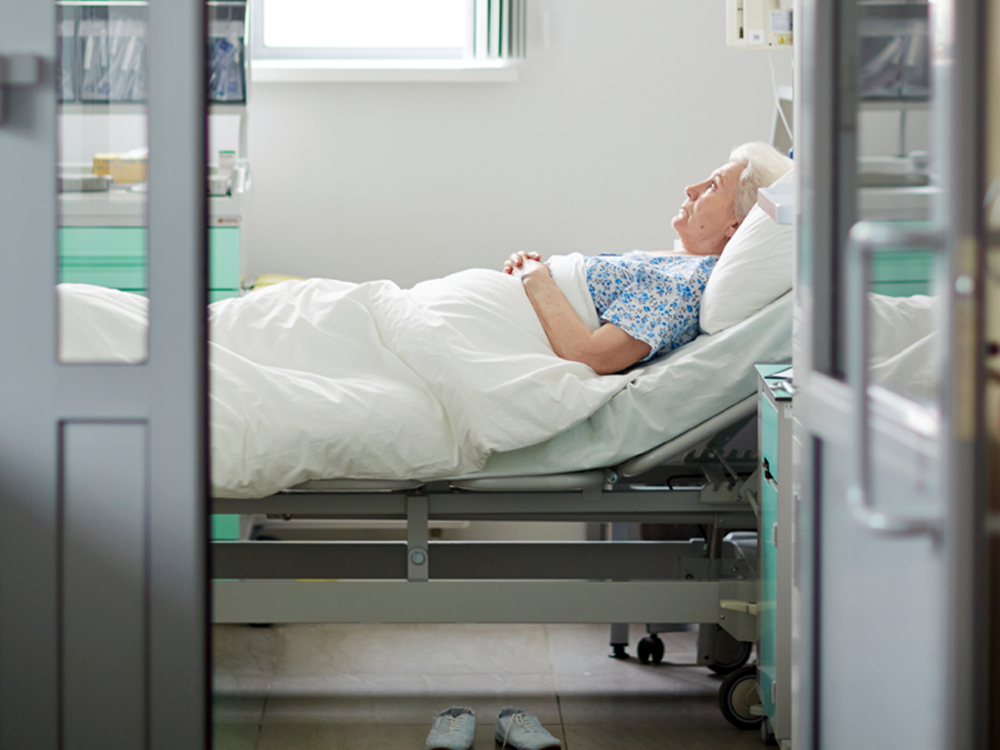 Adopting and implementing a comprehensive seniors’ strategy is much needed.

If I had to choose one song that captures the essence of my work as an advocate for Canadians in the second half of life, it would be the folk song popularized in the early 1960s by Harry Belafonte and Odetta: (There’s a) Hole in the Bucket.

The song is burned into my brain from childhood camping trips where my dad had time to sing all its verses as we travelled west from Calgary, seeking a camping spot, an absence of insects and water in the form of lakes rather than rainfall.

The song, for anyone not familiar with it, is written for two voices, with Liza directing Henry to fix the hole in the bucket, and Henry asking how to do so. Henry raises a series of problems: straw needs to be trimmed with a knife that needs to be sharpened by a stone that needs to be wetted with water from a bucket, which, alas, has a hole in it.

In health care, too, many issues cannot be resolved without solving other issues. I suspect many of us feel like Henry; whether we are using the system, working in it, or trying to change it, we feel we’ve solved an issue only to find another, insoluble, problem.

For example, in trying to relieve pressures on family caregivers, we may increase pressures on intermediate or long-term care beds, the lack of these beds then creates a backlog of patients waiting for transfers from hospitals’ intensive care units, the lack of ICU beds keeps patients from getting into surgery, patients stuck waiting for surgeries are more likely to have difficulty moving around, and patients who cannot readily move increase strain on their family caregivers.

The best way to address these complex, tangled problems is to ensure they don’t develop in the first place. But now that such problems exist, the next best solution is to adopt and implement a strategy to recognize and address the interdependence of the many issues thwarting the ability of Canadians to age with health and dignity.

In January 2016, the Alliance for a National Seniors Strategy published An Evidence-Informed National Seniors Strategy for Canada, which focuses on four pillars: independent, productive and engaged citizens; healthy and active lives; care closer to home; and support for caregivers. With the aging of Canadians and the challenges this presents, the Alliance calls for the adoption and implementation of a comprehensive seniors’ strategy to provide “the focus and commitment needed to ensure Canada can become the best country to grow up and grow old in.”

A growing number of seniors face an array of persistent issues. The federal government missed its opportunity to fund a seniors’ strategy in this year’s budget. That mistake must be remedied soon. Without an effective strategy, the issues will continue to grow at an escalating rate.