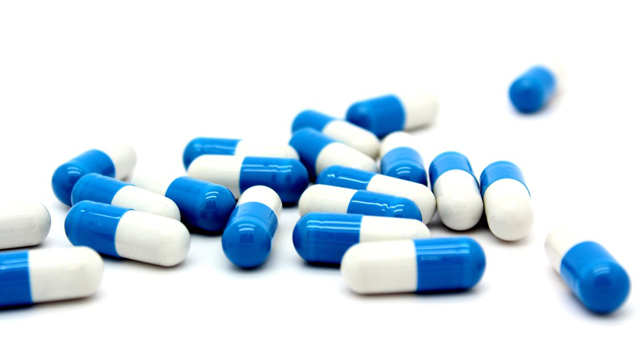 Long before kids did battle on video screens, my generation was facing down opponents through board games. One of the most popular, and cut-throat, was Monopoly. For those not familiar with the joy of Free Parking or the perils of Park Place, here`s a summary:

Each player buys properties on the game board. Any player who lands on another player’s property pays a fee. A cash-strapped visitor must find a way to pay, whether it`s using up all their cash or selling assets at a discount. Only bankruptcy (and losing the game), lets the player off.

Far too many Canadians are caught in a real-life version of Monopoly. The drastic actions required of unlucky Monopoly players are a metaphor for what happens to the many Canadians with severe medical conditions and without (sufficient), prescription-drug coverage.

Last year, CBC’s Fifth Estate documented people forgoing medications or cutting pills in half because of the high cost of their prescriptions and a lack of insurance.

In extreme cases, people were selling their homes to buy prescription drugs, or dying.

The hardship of those who can`t afford medication makes a compelling case for a program that is long overdue: National Pharmacare. Canada remains the only industrialized country with a universal healthcare program but no universal pharmacare. While most seniors have some drug coverage, it differs by province and is often insufficient.

In British Columbia, for example, seniors can pay 1.25 per cent – 3 per cent of their net income on prescriptions. Older Albertans must pay 30 per cent of the cost of prescriptions dispersed (with a $25 maximum per prescription). Policy makers may see these amounts as relatively inconsequential; seniors do not. According to a recent survey, the average CARP member takes four prescriptions, with 11 per cent taking eight or more. Multiply those by the number of times a prescription must be refilled each year, and even where prescription costs are capped, medication costs and dispensing fees mount up.

In all, 6 per cent of our members reported not filling a prescription within the past two years because of cost.

Compassion calls us to fund universal pharmacare. But there is an excellent business case, too. Negotiating lower prices would significantly cut costs in a universal plan. Canada has more than 100 different pharmacare plans, and coverage is further fragmented, with some Canadians covered through a private plan and others paying directly out of their own pockets. That’s a lot of separate buyers.

When buyers far outnumber sellers, the sellers set the prices. In contrast, a national universal plan would create a kind of monopoly for good. One national purchaser would dramatically shift influence over prices, resulting in significant savings.

This isn’t just academic theory. Pharmacare 2020, a study from UBC’s Pharmaceutical Policy Research Collaboration, noted that a year’s supply of the blockbuster drug Lipitor in Canada costs at least $811; in New Zealand, where a public authority negotiates prices on behalf of the entire country, a year’s supply costs just $15. Those savings add up.

A report released last year from the Parliamentary Budget Officer noted that a universal pharmacare plan would generate $4.2 billion in savings annually in Canada. A 2015 study published in the journal of the Canada Medical Association estimated savings of $7.3 billion (with a range of $4.2 billion to $9.3 billion).

With such compelling numbers, why don`t we have universal pharmacare already? A big part of the reason is that the savings will accrue to the private sector (for example, employers will no longer need to provide healthcare coverage to employees), but the cost to governments will increase. While our governments are justified in being cautious about spending our tax dollars, funding a universal pharmacare program is an investment well worth the making.

The federal government has been reviewing this issue. It’s now (past), time for action.