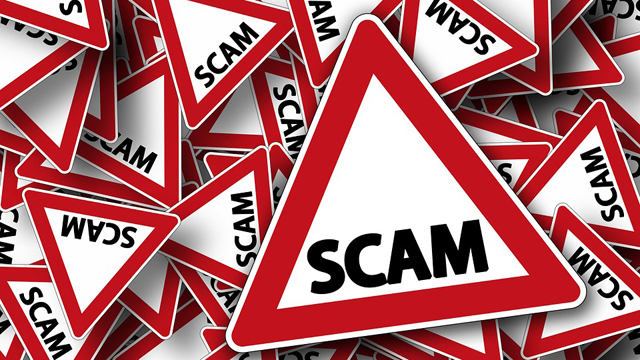 “That printer driver is not recognized,” or something similar, flashed across my friend Trish’s screen as she repeatedly pressed print to no avail.

Too bad her kids, or even better her grandkids, weren’t around to fix the thing. She really didn’t fancy taking her computer into the shop. Trish popped onto Google to search for a solution. She was excited to see an ad showing a picture of the error message, alongside an offer to solve the problem, then and there, for $400.

It was a steep price, but the ad’s wording was clear: If they didn’t solve the problem, she didn’t pay.

A nice young man eagerly offered assistance when Trish called the number. She accepted the link to let him take control of her screen and, lickety-split, her problem was solved.

She paid and was thankful when the problem didn’t recur. She probably wouldn’t have thought of it again, but for the surprise phone call she received a month or so later.

The computer company was calling to let her know they were shutting down and wanted to give her a refund. Well, she had been feeling a bit sheepish about paying $400, so was happy to take a refund.

Unfortunately, they had already closed down their credit card system so they couldn’t just put the money back on her card. They could, however, put it in her bank account. Did she have online banking?

As Trish recounts the story, she admonishes herself: How could she have been taken in? But, caught up in the moment, and eager for her refund, she promptly logged in to her online bank account.

She was looking at her screen as she talked to the company’s customer support worker. Just watch, he said, and you’ll see your bank account deposit appear directly. It did, but rather than the $400 she expected, it grew by $4,000. Did you mean to do that? she asked.

Oops. No, said the person on the telephone. We messed up. Our boss is gonna fire us! Can you please send us a postal order for the extra $3,600 we transferred by mistake?

Trish was actually in line at the post office when her bank called. Something funny’s going on with your accounts, they warned. Go home right now. Shut down your computer and cancel all your access cards.

Another 10 minutes and the call would have been too late.

Fortunately for Trish, her bank had flagged and followed up the unusual transaction. The $4,000 “deposited” into her account was actually her own money, transferred from another account at the same bank. If she had bought and mailed the postal order, she would have never seen that money again.

Sadly, many thousands of Canadians aren’t so lucky. Every year, fraudsters and scammers target individuals with ingenious approaches — and far too often they work.

Trish still beats herself up over it. There were so many red flags, she notes. Why were they worried about their jobs if they were going out of business? Why were they refunding me the money in the first place?

Carol Tavris and Elliot Aronson, the authors of Mistakes Were Made (but not by me), explore how something called cognitive dissonance works to keep us on a path, even a very bad one, once we start upon it. Because we don’t want to face the uncomfortable feeling that we may have made a mistake, we end up turning a misstep into a much bigger problem.

Learning to say “on reflection, I was wrong” has allowed me to change my mind, and my course of action, to avoid compounding a mistake. Those words could also be the key to protecting yourself against scams.

For more ways to protect yourself, check out CARP’s Get Scam Smart publication. You can download it and other great resources for free at carp.ca/resources.