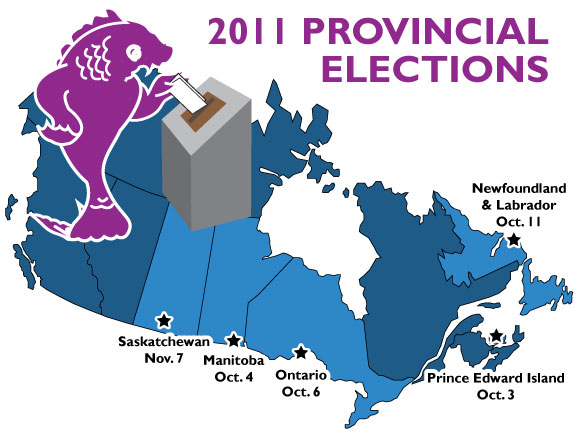 Toronto, ON: 7 October 2011 CARP adds its congratulations to the Premier-elect and reminds him of his promises to improve home care, provide the home renovation tax credit and bring back house calls. CARP also calls on him to add the promises made by the other parties to improve the lives of older Ontarians.

All the major party made specific promises to CARP members and now that we have a new government, CARP members will be expecting the new government to act on those promises and to add the promises that were made by the other parties, notably the increase in long term care beds promised by the Progressive Conservatives and the HST and energy cost relief promised by the PCs and by the NDP.

In fact, during the debate, there was a unanimous promise to increase income supports [GAINS] for low income seniors, especially single seniors.

“In a minority government, older Ontarians will expect the parties to cooperate to act quickly on their election promises especially as there was much overlap in the promises targeted to older Ontarians”, said Susan Eng VP, Advocacy.

There has been unprecedented attention paid to issues that particularly resonate with older voters – in recognition of the fact that older Canadians are the most engaged and committed voters. But also true is that their vote can no longer be taken for granted.

Consequently, in addition to Ontario, the leaders of the major parties in the PEI and Manitoba elections also made specific promises top CARP members which CARP will pursue with the governments-elect.

For all the provincial leaders’ letters to CARP, please visit: http://www.carp.ca/category/advocacy/campaigns/