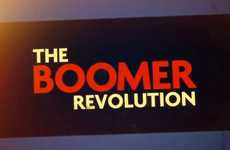 Susan Eng, CARP VP of Advocacy, will be featured on CBC Television’s Doc Zone Thursday February 28th, 2013 at 9p.m. ET/PT.  Below is a description of the film’s subject:

In the 60’s, baby boomers changed the world. In their 60s, they just may do it again.
Once known as the generation that questioned authority, raised its consciousness, and dropped out of the mainstream, the baby boom generation now IS the mainstream. Boomers make up 30% of the Canadian population – more than 10 million people altogether, most in their 50s and 60s.

That means we’re in for another big shift: the largest, wealthiest generation in our history is hitting what used to be called “The Golden Years”… at the same time that life expectancy has gone up, by more than thirty years in the last century.

What will all those baby boomers do with all those extra years?  Aging and retirement will never be the same again.