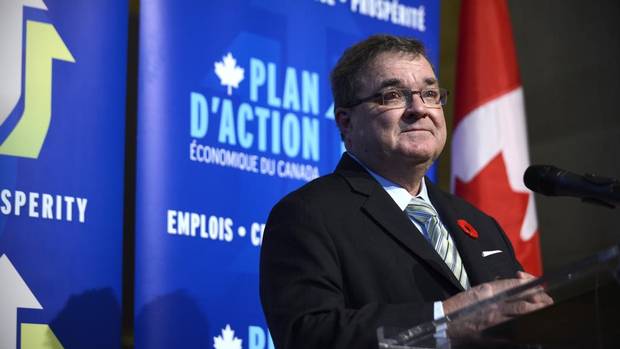 Finance Minister Jim Flaherty is describing an expanded Canada Pension Plan as a “payroll tax,” but says he can see how such a move would benefit Canadians over the long term.

Speaking with reporters in Toronto, the minister suggested a change to CPP is more a question of timing.

“It’s not free money. Employees have to contribute to the plan every paycheque. And employers have to contribute to the plan every paycheque. It’s a tax, it’s a payroll tax on employers and employees. Some think this is a good idea. I can see it being good in the long run for Canadians, at the right time. But I would want to see significantly more economic growth than we have now before we imposed an additional burden on Canadian employers and employees,” he said.

This article was published by The Globe and Mail on November 7th,  2013.  To see this article and other related articles on their website, please click here

Asked specifically if he was open to changes once the economy improves, he said: “Yes. I don’t think the idea is bad, I just think the economy has to be able to afford it.”

Talks among the provinces on CPP reform have been heating up of late, but Mr. Flaherty and his fellow ministers have largely remained quiet in recent weeks on the topic.

The minister’s comments suggest the debate over CPP reform is increasingly focused on what “triggers” could be used to show the economy is strong enough to absorb higher premiums. Finance Ministers have suggested changes could be contingent on a specific unemployment rate or specific target for economic growth. A proposal under consideration from Prince Edward Island would see changes take effect in 2016, but that the start could be delayed based on economic factors.

Mr. Flaherty has never shut the door on a CPP expansion, but he has appeared lukewarm to the idea since he had tried and failed to convince the provinces to support a “modest” enhancement of the CPP in 2010. At that time, Alberta and Quebec were not supportive and Ottawa decided to focus on a new program called Pooled Registered Pension Plans, which would involve voluntary contributions rather than the mandatory payments employees and employers make through CPP premiums.

The premiers are expected to discuss CPP reform at a meeting later this month. Provincial finance ministers recently met in Toronto to discuss specific options for CPP reform and appeared to agree on broad terms, but did not make concrete commitments. Alberta and Quebec now appear to be open to a change, but have not taken a definitive position.

Wes Sheridan, the PEI finance minister who has been playing a lead role in crafting a proposal for reform, took Mr. Flaherty’s remarks as a positive signal.

“I’m very encouraged by those words,” he said. “We all believe that we need to enhance the CPP. Now it’s a matter of timing.”

Mr. Flaherty will meet his provincial and territorial counterparts in December, where they will decide whether or not to take action on CPP reform.

Any new benefits would only apply to workers who pay new higher premiums, meaning current seniors would not be affected by any change. Still, the seniors advocacy group CARP has been one of the main proponents for an enhanced CPP. Susan Eng, the vice-president of CARP, said Mr. Flaherty’s comments are positive but notes that saying “not now” is the same as doing nothing.

“I welcome the positive reflection in agreeing with just about every other expert that CPP enhancement is good for Canadians,” she said. “He says it has to come at an appropriate time and I would argue that the appropriate time is right now.”

On the other side of the debate, the Canadian Federation of Independent Business has argued that requiring employers to pay higher CPP premiums would cost jobs at a time of slow economic growth.

“It does seem that the momentum is moving in favour of CPP expansion,” said CFIB President Dan Kelly in response to Mr. Flaherty’s comments. “This would be open warfare with small and medium sized firms, very few of whom feel there is any capacity to expand CPP any time soon. I mean if we got back to robust economic growth, maybe we could even talk about it, but at this point in the economy, it just seems crazy to even be debating this.”

Mr. Kelly said he doesn’t think there has been enough public debate on the policy merits of expanding CPP. For instance, money contributed to CPP can’t be passed on as part of an estate at death. Mr. Kelly also said expanding CPP could undermine the efforts of Ottawa and some provinces to set up PRPPs, which he said have not yet been given a chance to show whether they can address concerns that some Canadians are not saving enough.

©  The Globe and Mail