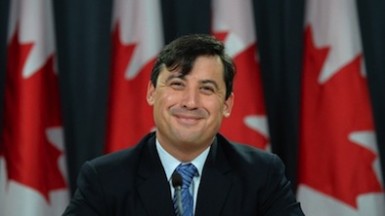 Most think it will make parliament more accountable

Toronto, ON: Three quarters of CARP members approve of MP Michael Chong’s proposed parliamentary Reform Bill; they think it will lead to real reforms in parliament and two thirds think it will make parliament more accountable.

While just one third of CARP members are aware of MP Michael Chong’s proposed parliamentary Reform Bill, fully three quarters give it their approval when its key points are described to them, the same proportion think it will lead to real reforms in parliament and two thirds think it will make parliament more accountable. [Poll Report appended at end]

MP Michael Chong mentioned the results of the CARP Poll on his Reform Bill in parliament today, before Question Period.

“The members who respond to our political polls are some of the most thoughtful, engaged and well-informed Canadian voters. Turnout of voters over 60 is more than 70%; and 95% of CARP members say they vote all the time. They have the experience and the accumulated knowledge to distinguish between spin and genuine reform, and they see Michael Chong’s bill as a genuine attempt at reform”, said Susan Eng, VP Advocacy for CARP.

The CARP Poll was conducted between January 24 and 27 among a sample of more than 3,000 members. The margin of error for a probability sample of this size is plus or minus 2%, 19 out of 20 times.

One third have heard of MP Michael Chong’s parliamentary reform bill, but as many as three quarters approve of it when it is described to them, and similar proportions think it will lead to reforms in parliament (three quarters) and greater accountability (two thirds).

Just more than one third of members have heard of MP Michael Chong’s parliamentary Reform Bill (37%).

Have you heard of MP Michael Chong and his proposed Reform of Parliament Bill?

Three quarters approve of the bill after having it explained (76%), and one third express their approval in the strongest terms (34%).

This bill would make three key changes in whether the leader or elected MPs have the most influence over caucus – first, the party leader would no longer be able to appoint or select candidates, they would be selected by the riding association. Second, it would make party caucus chair a position elected by caucus members and not appointed by the leader and it would also rule out summary expulsion of members from caucus without a vote by caucus members. Third, it would ensure that the leaders term could be reviewed and terminated by caucus and a new leader elected by the party membership. Do you approve or disapprove of this bill?

Three quarters agree the measures contained in the bill will lead to reform of parliament (72%), and more than a third express this as significant reform (38%).

Do you see these proposed changes as a significant reform to how political parties are run, or not?

Two thirds of members think the proposed bill would improve accountability of parliament (69%), and this viewpoint is held strongly by one quarter (25%).

Do you think the Reform Bill would improve the accountability of Parliament to voters or not?

More than 3100 CARP Poll panel members responded to this poll between January 24 and 27, 2014. The margin of error for a probability sample this size is about plus or minus 2%, 19 times out of 20