The Middle Aged Guide to Growing Up: The Eye of the Needle - CARP
Join Donate Sign In 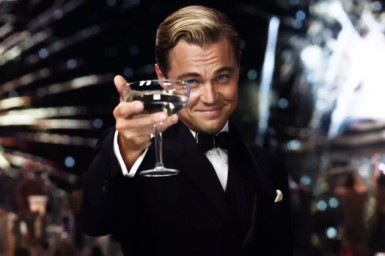 The Eye of the Needle

I’m a boomer, old enough to remember hearing a roomful of adults congratulate another adult for getting a raise to $100 a week. “Geez, that’s a lot of money for a young man. What are you going to do with it all”. It wasn’t huge wealth, but it was a solid living wage. During my corporate career, in my mid-forties, I somehow had six figures in the bank one Christmas. Little did I know that was the high point of my peak earning years, and I’d never see it again. I haven’t.

But I’ve met some wealthy and some fabulously wealthy people along the way. I know a hedge fund manager (I roomed with him at boarding school) who built a two storey climate controlled library on his Connecticut farm to contain his Gutenberg Bible. Wolf had places in Sun Valley, San Diego, Connecticut and on Park Avenue, plus a little pied-a-terre in Toronto, where I occasionally saw him over the years.

Wolf’s the first really rich person I noticed driving a mid-90s Toyota Landcruiser, made in Japan, with leather seats and right hand drive. These seem to be the favoured cars of the extremely wealthy, and it gives me a frisson to know younger sister, who’s married to rich rancher in the mountain west, used to drive two of them. High mileage goes with the terrain, and I think one died and the other (“Mogadishu”) is working on half a million miles on the odometer.

Wolf worked in the Reagan White House in the early 80s, and he loved Reagan, believed in him implicitly. Now he’s chairman of a group called Republicans for Obama. Used to be in an outfit called Republicans for Kerry. I guess you’d say he isn’t really a republican anymore. He’s too smart to hang with the tinfoil hat crowd that runs the party nowadays, but too rich to be a democrat.

Then there was Luke. He had been head of the energy trading department of a Wall Street investment bank, and had left to set up his own company. He had more money than God, and he enjoyed it. Younger sister took us over to see him and his wife for lunch at one of their ranches. We traveled in Mogadishu, the surviving Landcruiser, through breathtakingly astonishing mountain scenery in the middle of nowhere. After crossing the Sunlight Basin (which earned its name) we followed the course of a deep canyon-bound mountain river high into the Continental Divide.

There was a wire gate, unmarked, at the side of the highway. We opened it, passed through and closed it (opening and closing gates is what the person in the shotgun seat does in the mountain west, and heaven help you if you forget to close a gate). After passing through a small meadow at the lip of the canyon, the track disappeared over the edge. We inched down it, younger sister at the wheel, Mogadishu in 1st and in low range. The gradient was easily 30 degrees, and intended only for four-wheel drive vehicles. This was what’s known as a “Jeep ranch”. After a bit, the track took a hairpin bend in the other direction. There being no room to turn, we simple reversed down the next leg of the track. This is how you got down into the canyon, zig-zagging back and forth, forward, reverse, forward, reverse, always in the lowest gear. I asked younger sister how one did this in winter, when I knew the snows were ten feet deep and more. “This is a summer ranch” she said.

At the bottom of the canyon finally, we crossed the river, a raging torrent at this time of year, on a homemade iron bridge. The first thing we saw was Luke’s plane, a Pilatus Porter. It’s a short-take-off-and-landing (STOL) craft, and the only plane that could land in the canyon. Built like a bulldozer, with fat grippy tires and an enormous engine, it could take off in it’s own length and land in a hundred feet. Not pretty, not fancy, but perfectly designed to get into this one ranch.

Beyond the plane was the main ranch house (with a Landcruiser parked beside it). Luke collected wooden cabins from all over the mountain west, transported them to his ranches (usually this one) and rebuilt them, but this ranch house was different. In front, in all its white Orthodox glory was a perfect replica of the Polish Pavilion from the 1904 World Exposition in St Louis, with its onion domes and hipped roof. This contained the ranch kitchen, the whole building. The rest of the ranch house was a collection of pristinely restored log cabins joined together and stretching back to the river bank, where there was porch from which you could fly fish.

We had lunch, us visitors, he and his wife and the new baby, the nanny, the ranch manager and his wife and the pilot (who longed to be back in Switzerland). Luke told us of offering to loan BP the only ship in the world large enough to store the oil they were finally pumping up from the leak in the Gulf, a ship he happened to own. BP turned down his offer. Later he stole BP’s chairman to run his own company, and ended up leasing the ship to BP anyway for a fortune.

After lunch, we took off to see his newest cabin. We (my wife and I) traveled pillion on Luke’s two electric ATVs. Most of his ranch was inside the National Forest, where motorized vehicles weren’t allowed, so this was a barely legal wheeze to get around this restriction. The new cabin was, like all the others, rugged, rustic and pristine, and it sat on the edge of the river. It had iron bars on the windows and a thick wooden door from an antique beer fridge. “Grizzlies” said Luke. Inside, Persian carpet on the rough wood floor, piles of art books, furniture handmade from ranch buildings and a huge four poster with a thick down mattress, comforter and Navajo blanket. Roughing it in the mountain west.

For all his wealth and influence, I had something Luke didn’t have. Cuban cigars. Montecristos. The best. I gave him a pack, and his gratitude was genuine and enormous. It was nice to know I could do something for a guy who had more money than God.