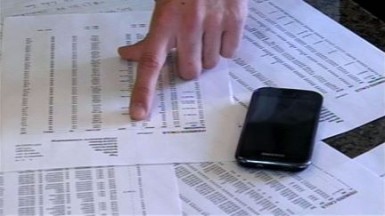 New PIAC report, How to Pay the Piper: A Primer on Additional Charges to Consumers in Canada for Paper Billing Report Calls for Elimination of Paper Bill Fees

OTTAWA  In a new report the Public Interest Advocacy Centre (PIAC) estimates Canadians are paying between $495 and $734 million annually in fees for monthly bills and statements in paper formats to the banking and communications services industries (phone, T.V., home internet and wireless).

The report, entitled, How to Pay the Piper: A Primer on Additional Charges to Consumers in Canada for Paper Billing, examined the conduct of service providers in Canada who have begun to charge consumers for a paper bill and the impact of these practices on consumers. The report recommended the elimination of fees for paper billing, something the Government of Canada has committed twice in the past year.

A majority of consumers have indicated their disapproval of being charged extra for a paper bill. Most Canadians believe supplying a paper bill in the mail without having to pay an extra fee is part of the companys cost of doing business, noted Jonathan Bishop, PIAC’s Research Analyst and author of the report.

As part of the report, PIAC collected the views of consumers through the analysis of a telephone survey that found the following:

74% of Canadians surveyed disapproved of the practice of charging people extra for a paper bill or statement.
71% approved of offering consumers a discount to those who opt for electronic billing.
83% of respondents believe receiving a paper bill in the mail without having to pay an extra fee is part of the company’s cost of doing business.

The report recommended that all Canadian service providers provide an incentive to consumers to get them to switch to electronic billing. The report estimated Canadian consumers without internet access have spent between $77 and $102 million on paper bill fees annually. That these funds are being collected from those who can least afford it is deeply concerning, says Bishop.

We applaud those corporations who have chosen to not apply a fee for paper bills, or provide incentives to have consumers switch to electronic billing. We wish for all consumers to receive their bills and statements in the method of their choice, without being penalized for their socio-economic status, stated John Lawford, the Executive Director and General Counsel for PIAC.

The report also recommended provincial governments investigate and record consumer complaints regarding the application of fees to receive paper bills and amend consumer protection laws to eliminate the growth of paper bill fees going forward. To see the full report, please consult the following link: How to Pay the Piper

PIAC received funding from Industry Canada’s Contributions Program for Non-Profit Consumer and Voluntary Organizations to prepare the report. The views expressed in the report are not necessarily those of Industry Canada or the Government of Canada.