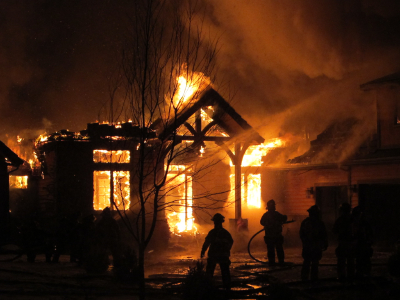 A national seniors’ group has made an urgent appeal to provincial and federal ministers for legislation for fire sprinklers and safety plans for seniors nursing homes in Canada. The letter signed by Susan Eng, the Vice President Advocacy of CARP, a not for profit organization promoting seniors’ rights, comes almost a year after 32 people died in a fire at a seniors’ home in the munciipality of L’Isle-Verte in the Canadian province of Quebec,

“They [governments] have not acted,” says Eng, “They cannot today say to us that every single nursing home, where we put our most vulnerable citizens, is safe in the event of a fire.”

The letter, posted on CARP’s website January 14, in particular condemns the fact that only newly built residences need to install sprinkler systems, leaving many seniors vulnerable across the country. This despite the fact that the Canadian Association of Fire Chiefs says residential sprinklers reduce the risk of fire-related deaths and injuries by over 80 per cent over those without them.

RCI’s Wojtek Gwiazda spoke to Susan Eng about the letter, and about CARP’s efforts to get legislation for sprinkler systems and proper safety and evacuation plans for all nursing homes.