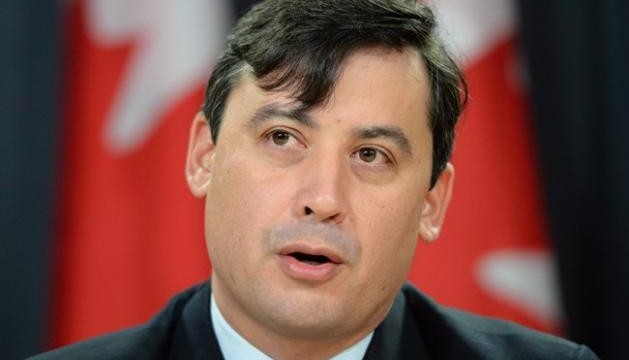 Editor’s Note: The following is a letter written to CARP members by Michael Chong, a Conservative Member of Parliament for the riding of Wellington-Halton Hills.

For the purposes of this call to action, CARP members should take note that they can also use CARP E-Voice to contact their elected representatives and let them know that they support the Reform Act. To download a PDF copy of the letter, please click here.

This letter is a call to action. The Reform Act is stalled in the unelected Senate. Senators need to hear from Canadians that this is unacceptable.

As you are aware from the CARP newsletter of February 2014, the Reform Act was introduced in the House of Commons just over a year ago.

On February 25th, 2015, the Reform Act was passed by an overwhelming majority of MPs in the House of Commons, 260-17. It was immediately sent to the Senate for passage into law. But since then, it has been stalled in the Senate.

Time is running out. If the Reform Act is not passed by the Senate before June 26th, 2015, it will die.

The Reform Act is a democratic reform bill that proposes to re-balance power between party leaders (including the Prime Minister) and elected MPs in the House of Commons. It is no secret that over the last number of decades, power has become increasingly concentrated in party leaders and the PMO. As a result, it is more and more difficult for MPs to represent their constituents and vote against the party line and the party leader. The Reform Act will change that by allowing MPs to vote more freely. It will allow MPs to break rank with their party to represent their constituents, without facing the consequence of expulsion from the caucus and removal as a party candidate by the leader.

An overwhelming number of MPs voted in favour of the Reform Act because tens of thousands of Canadians, many of them CARP members, contacted their MP to voice their support for the bill. CARP members are some of the most thoughtful, engaged and informed voters in Canada. In your survey of CARP members in February 2014, fully three quarters of your members who were aware of the Reform Act gave it their approval and the same proportion thought it would lead to real reforms in Parliament. Two thirds of your membership though it would make Parliament more accountable.

It is unacceptable for the unelected and unaccountable Senate to block a democratic reform bill of the elected House of Commons.

Senators need to hear from Canadians that the Senate must pass the Reform Act without delay. A list of Senators can be found at www.reformact.ca

Democracy is Canada’s most precious resource. Generations of Canadians fought and died for our democracy. The Senate needs to respect these democratic ideals and pass the Reform Act.

Thank you for your time.

Michael Chong was first elected to Parliament in 2004 and represents the riding of Wellington-Halton Hills. As cabinet minister, Michael served as President of the Queen’s Privy Council, Minister of Intergovernmental Affairs and Minister for Sport.