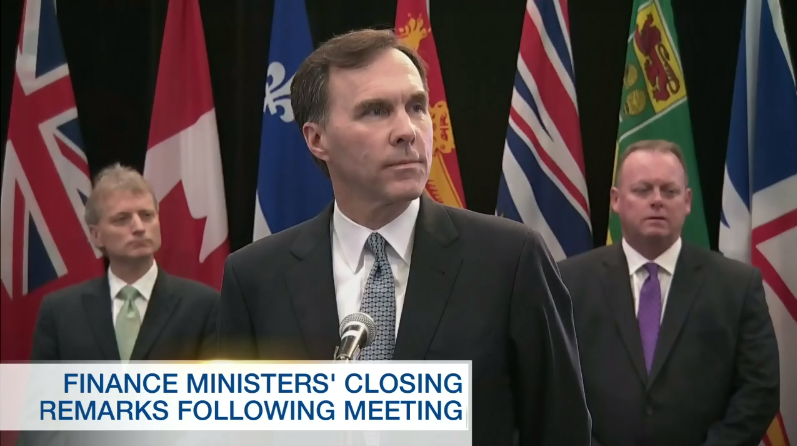 The ministers will be considering a range of options over the coming year “from doing nothing because of the economy to more significant changes,” Morneau told reporters after meeting with his provincial counterparts.

The Liberals, elected in October, campaigned on expanding the CPP, but the Canadian Federation of Independent Business warned that a premium increase would boost unemployment, because it does not take profit into account.

The CPP is comparable to the U.S. Social Security program.

The minister said the province of Ontario, which has talked about starting an Ontario pension plan because people are not saving enough, would continue with its process. But he said the Canadian government’s clear hope is that there can be something done nationally.

The seniors’ lobby group CARP Canada criticized the ministers for failing to act on CPP.

CARP members … have given a clear political mandate in two major elections on what they want – specifically a CPP increase. What part of that declaration was unclear to the finance ministers?” asked CARP Executive Vice President Susan Eng in a release.

Bank of Canada Governor Stephen Poloz also briefed the ministers and presented a view of cautious optimism about the country’s economic road ahead, Morneau said.