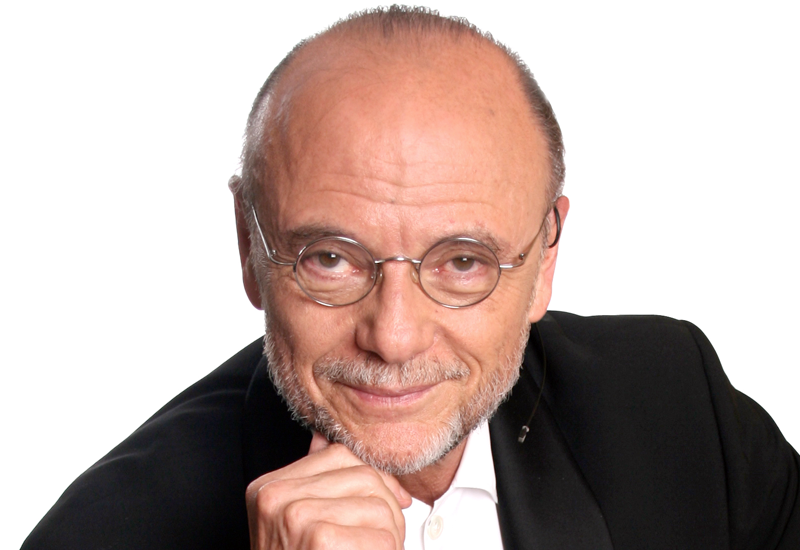 Suddenly, brutally, Covid-19 split our Fiscal 2019-2020 in two. It came in like a lion, with the launch of what was to be our biggest-ever campaign, focused on the endemic deficiencies in Canada’s health care system. But it went out like a lamb, albeit a lamb in wolf’s clothing, stopped by a virus that seemed almost targeted at our community.

A year ago, at our AGM in February 2020, our Chief Policy Officer Marissa Lennox officially launched “Fix Healthcare Now”. Then, Chief Marketing Officer David Cravit released public service announcements on Zoomer Radio and Television that smartly summarized the second-class system for which Canadians have been paying first-class premiums.

A dedicated website was launched to detail the many glaring deficiencies, and highlight solutions that other countries with publicly-funded healthcare systems seem able to implement; but somehow Canada can’t. We issued an open letter to the Prime Minister, and all the Premiers, demanding that they bring our vaunted system up to par with other countries, “before the next election”; and our chapter network began face-to-face engagements with provincial legislators.

Then the pandemic struck.

Our “Fix Healthcare Now” campaign was prescient, but by mid-March 2020 we had pivoted to focus on protecting vulnerable seniors in long term care who were suddenly dying in alarming numbers. This was the result of years of neglect that C.A.R.P. had previously repeatedly flagged – wards of 4-to-a-room with shared toilets, chronic understaffing, lack of trained nurses and PSWs, poor diet and an administrative attitude that seemed to view LTC homes as warehouses for people who were going to die soon anyway.

As C.A.R.P. staff had begun to work from home, we were able to continue both internal and external communication without interruption. In fact, inquiries to and about C.A.R.P. increased as the Canada Revenue Agency, the Red Cross and 211 services began directing questions to us as a trusted source of Covid information for seniors.

Together with our partners in ZoomerMedia, C.A.R.P. proactively reached out to Members with information about practical things that ordinary people need. We hosted a series of Telephone Town Halls, directly dialing those who had registered and connecting them with experts on health and finance to answer the questions of greatest concern to older Canadians – all of it simultaneously shot and broadcast nationally into 7 million homes on VisionTV.

For example, when our members told us they needed increased financial support, along with changes to RRIF, to avoid unnecessary investment losses, C.A.R.P. conveyed these demands directly to federal ministers, including Jean-Yves Duclos, President of the Treasury Board and Deb Schulte, Seniors Minister. When it was revealed that provincial pharamacare plans were only providing 30-day refills on prescriptions, instead of 90 as was previously the case, C.A.R.P. made it clear that seniors should not be paying the extra cost of dispensing fees levied on each succeeding visit that not only tripled their out of pocket costs for medicines, but required them to leave their homes more often. We soon had all the provinces understanding the issue and reversing their decisions.

As we neared the end of the fiscal, Marissa took maternity leave. Fortunately, we had a seasoned, professional advocate in Bill VanGorder at the ready. Bill is a member of the C.A.R.P. National Board, is well known for a storied career speaking to and for our cohort, and is the long serving leader in our Halifax-based Maritime Chapter. Because of that, we didn’t skip a beat during the transition and built up our strength for what we knew would be the coming second wave. That second wave is now here – and our activity continues unabated.

While the year 19/20 was full of unprecedented challenges, met head on, our financial picture is reflective of the reality of our times. We had projected an increase in revenue from increased membership growing out of our “fix it” campaign, but the pandemic put much of our marketing on pause as the country’s economy froze for several months in this fiscal. As a result, FY2020 membership income decreased by $273K. This was offset by improvements in our affinity offerings and educational programs, to the tune of $212K in increased sponsorships. In addition, continuing cost reduction, along with pandemic-induced cutbacks in travel and events, led to a decline in operating expenses of $670K, or 24% lower than last year. Included in that amount is just over $50K in wage relief received as Covid support for not-for-profit organizations.

This past year we again continued to wean our association off the annual subsidy that has heretofore been provided by ZoomerMedia Limited; philanthropic support that now runs close to $10M. With the assistance of the new team in Finance, improved use of marketing dollars and a focus on operating efficiencies, in my next annual message I expect to report that we required no further subsidy.

Were this a “normal” year, at this juncture in my report I would likely revisit some of the other priorities we have set for ourselves over the past few years. To improve our benefits shelf, for example, and to better publicize the many rewards that a C.A.R.P. card can bring. Or, I might remind us all to “Stand Up, or Sit Up Straight and Move Your Buns to Preserve Your Mind”. We’ll get back to those, I promise. But in the circumstance, now and tomorrow, one topic stands above all: and that is Long-Term Care, and its twin, Home Care.

Who is to blame for the situation we find ourselves in today? Provinces blame the Feds, Feds blame the provinces, and both lay the responsibility at the feet of their predecessors. Even when it is glaringly obvious that deaths can be traced directly to official actions or inactions (such as the second wave death toll in Ontario’s LTC homes, and the inexplicable delayed access to vaccines), there is no accountability for failure.

CARP’s continuing call for the removal of the Ontario Minister of Long Term Care, who has seen thousands of deaths under her watch, remains unanswered. But to date, we have received almost 7,000 signatures calling for her removal. Bill has been interviewed dozens of times on all manner of national, regional and local media, while our website continues to receive a flood of traffic – 40% more visitors than last year, and over 13 million page views so far. As well, we have experienced a steady increase in the number of new members, and a significant improvement in renewals – demonstrating that members are aware of our role and our value.

Looking ahead, we intend to continue to call out governments and bureaucracies for letting Zoomers down. Despite warnings of a failing system, despite a summer to prepare for a second wave, despite a worldwide effort to produce a vaccine, our leaders appear to be spectators as our most vulnerable go unprotected, exposed, isolated, abandoned, and dying in unacceptable numbers.

An obvious and necessary part of the solution is to revisit the entire LTC system with a focus on keeping seniors in the community with services provided in their homes or close at hand in their local communities; thus abandoning the warehousing of the elderly and returning dignity with proven models of care that are working in countries that have prioritized the needed investment.

C.AR.P. has about 325,000 members. But however impressive that number may be, our influence and ability to demand change increases with each additional member. Presumably, you are looking in today because you are interested in and supportive of what C.A.R.P. is doing. And you have asked, how can you help?

Well, the first step is to help us attract new members. Talk to your family, your friends, your neighbours, your co-workers, indeed, anyone who cares about the stresses being foisted on older adults by COVID. Invite them to join us, and help us make a Big Difference for seniors across Canada

There has never been a more urgent time for a united, non-partisan voice in this righteous cause. CARP is fighting not only for those in care now, but for all those who are destined for it in the future: ourselves, our children, our grandchildren.

Here is how the Prophet of Zoom explained it all last fall in the September/October issue of Zoomer Magazine. 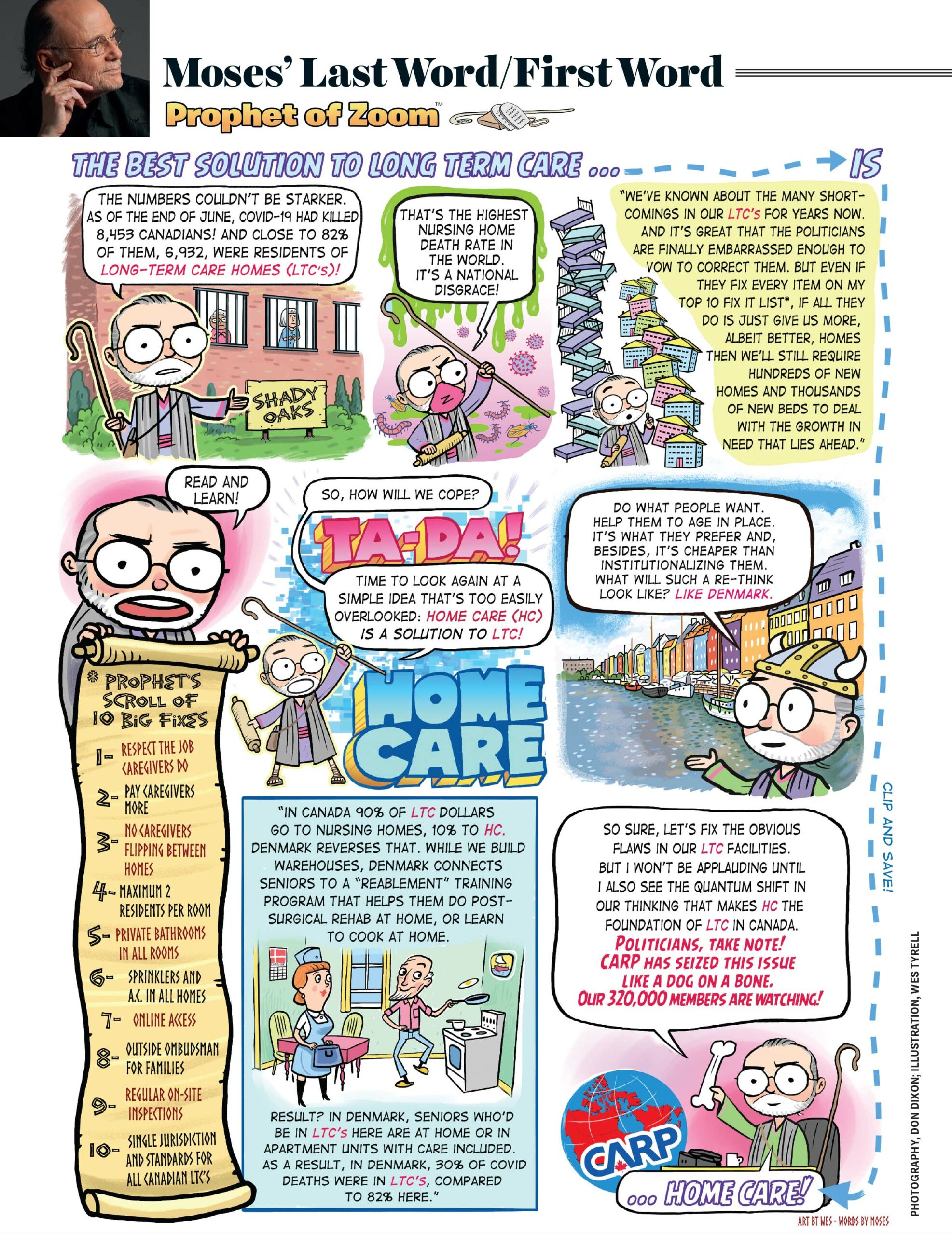