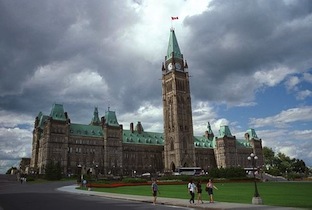 On October 23rd, 2012, Susan Eng attended Pre-Budget Consultations in Ottawa as an expert witness presenting CARP’s Policy Proposals to the Standing Committee on Finance. Instead of using the allotted time to ask about CARP’s policy proposals, Conservative backbencher Paul Calandra accused CARP of campaigning for the Liberals at an event CARP hosted in March of 2011. The transcript of the entire Finance Committee hearing may be found here.

The event in question was the launch of a series of caregiver seminars, Conservative Minister for Seniors Julian Fantino was headlining the event but as CARP is non-partisan – all other parties were also invited to send representatives.  The NDP’s Olivia Chow and then Official Leader of the Opposition, Liberal Michael Ignatieff showed up to support caregivers and seniors as well as variety of other MPs and MPPs.

Because the event took place in the middle of a Federal election, all Federal politicians in attendance were campaigning.  Mr. Ignatieff showed up with staff and media in tow and Mr. Ignatieff’s staff were handing out his campaign literature.  Here you can see an announcement that CARP made for the event in March 2011.

Read the coverage here from the Globe and Mail’s Gloria Galloway.

The backbencher’s antics reach the House of Commons and Prime Minister Harper is asked to respond.

On October 25th, 2012: Official Leader of the Opposition,  Thomas Mulcair (NDP) denounced the attacks on CARP during question period.  Click here to view the video.

The Globe’s Ms Galloway caught that too – her story here

On October 26th, 2012 – Susan Eng appeared on Goldhawk Fights Back to discuss the allegations in detail.  This interview provides more background on the issue.  Click here to download it.