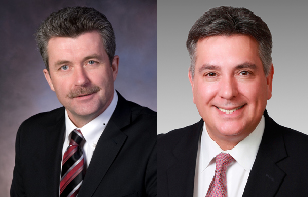 Toronto, ON: Upping the ante: the two strongest champions of CPP reform will join forces with Canada’s largest advocacy organization to push for change at the upcoming Finance ministers’ meetings starting next week.

Minister Sheridan has a pivotal role – he sits on the pensions working committee of the Federal, Territorial and Provincial Finance Ministers and recently released his proposal for a modest CPP enhancement that increases benefits and coverage. Ontario’s Finance Minister has proposed an Ontario Pension Plan modeled on the CPP. With the largest provincial population, Ontario carries significant weight at the FTP table.

Three years after a modest CPP enhancement was first proposed by the FTP Finance Ministers, Minister Sheridan’s is the first concrete proposal made public and there may be a sufficient consensus of his provincial counterparts to amend the CPP. Ontario’s proposal for an Ontario plan is an important fall back if the FTP group once again fails to proceed. The federal government is the major holdout.

Experts and editorials have supported this change. What is needed is political will. That’s where CARP members come in.

Ministers Sheridan and Sousa will be speaking to the most politically engaged group on an issue that has been their highest priority – they will take the message back to their respective provinces and pressure their own finance ministers as well as write to Minister Flaherty and Prime Minister Harper.

CARP brings together the chairs of its local chapters across the country for the annual event. This year 52 chapter chairs from Victoria to St John’s and all points in between will be attending. They will explore with Ministers Sheridan and Sousa what role they can play to make CPP enhancement happen.