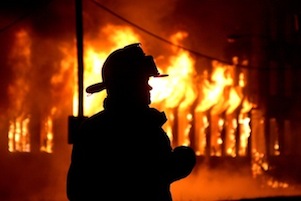 Toronto, ON: CARP calls on the federal, provincial, and territorial ministers responsible for nursing home safety across Canada to act on the Quebec Coroner’s report and take immediate steps to prevent future fire tragedies as occurred at L’Isle Verte, which killed 32 people one year ago, by legislating retrofitting of fire sprinklers in all care homes and to enforce compliance with the national building and fire codes. Only PEI has responded to CARP’s open letter sent a month ago.  Click here to view CARP’s Open Letter to Ministers responsible for safety.

The Quebec Coroner issued his report today recommending, among other things:

If the province of Quebec adopts these recommendations to require retrofitting, it will become only the fourth of all Canadian provinces to do so, after Ontario, Newfoundland and PEI.

CARP is calling on all governments to:

1.  Legislate requirements for fire sprinklers in all nursing homes

“Let’s hope this time the public authorities in Quebec and elsewhere in Canada act to make all nursing homes safe. When their own fire safety codes require sprinklers, fire doors and evacuation plans for new homes, why is it so difficult to mandate retrofitting of homes built before they saw the wisdom of those rules? The Coroner is right to remove the grandfathering provision and require immediate action.

“CARP members will be disappointed that the provinces have not declared how they would act in the year since the tragedy. Perhaps this report will spur some action.

“There has been plenty of delay already – 46 years since those first major fires, 18 years since they put in the new rules. And 140 preventable deaths. How much longer should we wait?” said Susan Eng, VP Advocacy

A year has passed since the fire tragedy at the Résidence du Havre nursing home in L’Isle-Verte, Quebec, killed 32 people and left 15 others injured on January 23, 2014. Since 1969, 140 Canadians have died in nursing home fires, including the fatalities at L’Isle Verte.

The L’Isle Verte fire revealed not only that elderly residents of care homes are at risk of death or serious injury in the case of fire but also that such tragedies are preventable. New homes now must have sprinklers, fire-safe doors and walls and comprehensive fire safety plans. Home built before 1997 [generally] do not.

The Coroner even pointed out the perversity of maintaining this double standard which was shown in high relief by the news photos of the L’Isle Verte aftermath – with the newer part of the complex standing largely undamaged beside the frozen pile of rubble that was the older section in which all the deaths occurred.

The Coroner’s inquest into the L’Isle Verte tragedy, which wrapped up its investigation and witness reports in preparation for a full report, confirmed the patchwork of regulations and inconsistent standards of safety and care and emergency preparedness that put the nursing home residents in danger.

Governments have been slow to act, despite the lost lives in nursing home fires over the past decades. While all new care facilities built in Canada since 1997 are required to have fire sprinklers and meet fire safety codes, no province has yet mandated immediate retrofitting of sprinklers in homes built prior to 1997, despite the fact that sprinklers reduce the risk of fire-related deaths and injuries by over 80% compared to homes which do not have sprinklers, according to the Canadian Association of Fire Chiefs (CAFC).

Only Ontario, Newfoundland and PEI are currently taking steps to mandate fire sprinkler retrofitting in existing facilities. But even so, Ontario will not enforce retrofitting until 2019 for public homes and 2025 for private homes. Ten years is much too long to take action on a preventative measure that has proven to save lives.  In most other provinces, legislatures are still only discussing the issue or have taken no action at all.

The L’Isle Verte fire showed that sprinklers are crucial, even if they are not the only solution which the Coroner also said.  Other building code requirements and safety measures for existing care homes are also needed, such as strategically placed self-closing doors, fire separation walls and doors, and clear safety plans and regular staff training.

The tragedy at L’Isle Verte, and the deaths and injuries it caused, was largely preventable – as attested to by witness after witness at the Coroner’s inquiry and coroner’s inquests in too many other nursing home fires. The testimony at the L’Isle Verte Inquest detailed the lack of all the essential fire prevention measures now required of newer facilities – which may have prevented those 32 deaths.

As anticipated, the report of the Coroner’s Inquest once again calls for mandatory retrofitting of all nursing homes with sprinklers and other fire safety measures.