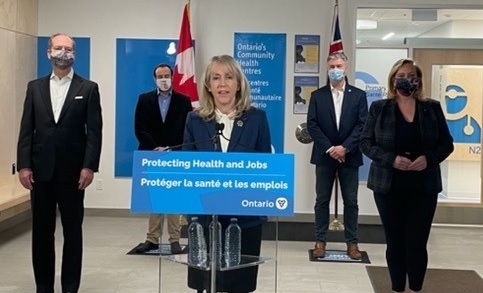 After a sustained campaign from C.A.R.P. calling for Premier Ford to remove Merrilee Fullerton as Minister of Long Term Care, following a second wave of deaths in Ontario’s LTC homes in the fall and winter of 2020, today’s cabinet shuffle sees our demand to “Fire Fullerton” answered.

C.A.R.P. members will consider this a win and it vindicates the position we took, that this Ministry required new, effective leadership.

A further vindication of C.A.R.P.’s position is that a very senior person, in former Finance Minister Rod Phillips, has been brought in, indicating that the Premier is treating the problems of the Ministry seriously – and is perhaps concerned about C.A.R.P.’s threat to make the inaction of the Ministry during the pandemic’s second wave, a major election issue.  This is not just a cosmetic shuffle, but the Premier brought in an extremely senior person with a track record of getting things done.

C.A.R.P. is therefore pleased at this step, and looks forward to the new Minister bringing about changes that are urgently needed. We will be as quick to celebrate wins as we were to criticize the shortcomings at the Ministry.

The outgoing Minister Fullerton was not solely responsible for the lack of performance at the  Ontario Ministry of Long Term Care. C.A.R.P. expects that Minister Phillips will rightly consider changes at the Deputy Minister and Assistant Deputy Minister level and we would encourage that he brings his private sector experience to shift the culture at the Ministry emphatically in the direction of tangible, measurable outcomes achieved as quickly as possible.