Toronto, ON:   Older voters are being aggressively courted by each of the major federal parties in hope of securing votes on election night on Monday, October 19. And for good reason -seniors remain Canada’s most committed voters.

“Regardless of who becomes Prime Minister on Monday, Canadian seniors will see material improvement in support for their daily challenges – whether it be drug costs, caregiving, or saving for retirement. The long election campaign allowed us to unpack all the different campaign promises so that CARP members and other older voters could make a clear, informed choice.  CARP members will welcome this growing acknowledgement of the needs of all Canadians as we age. Now, to make sure that the promises are kept,” said Susan Eng, Executive Vice President of CARP

Party promises to older voters respond to a long list of issues CARP has long advocated for, including:

Elections Canada estimates that, on average, 75.1% of all citizens between 65 and 74 cast a ballot in 2011’s general federal election. 60% of all citizens over 75 turned out to vote as well, boasting a turnout rate much higher than that of younger adults. Older voters make up a powerful decision-making bloc, especially as the population continues to age. Nearly 25% of the Canadian population is over the age of 55. Their votes and voices matter and federal party leaders have taken notice.

CARP prepared a platform comparison chart that shows how each party has responded to CARP members’ priority issues. See the full chart below.

Liberal leader Justin Trudeau visited CARP’s headquarters in September to speak at a town hall meeting on many of CARP’s central issues. A video of the event is available here.

Trudeau introduced a basket of promises to reduce poverty in old age, improve homecare, and expand caregiver support, responding directly to many of CARP’s longstanding advocacy issues. The Liberals are now campaigning for older votes with the following promises:

NDP leader Thomas Mulcair also made extensive promises on a list of CARP issues, including measures to increase financial supports for low-income seniors and investment for seniors’ healthcare:

During the 2011 election campaign, the conservatives ran on a platform that ultimately delivered a $300 million increase to GIS and ended mandatory retirement federally, among other senior focused policies. The Conservatives’ Stephen Harper came into this election campaign having recently made a number of moves in the 2015 budget designed to garner the support of older voters. Including campaign promises, the Conservatives are offering to:

Although the parties’ strategies on seniors may differ, one thing is clear: they understand that the support and confidence of seniors is critical to their success. This campaign has seen each of Canada’s major parties respond directly to CARP’s non-partisan advocacy and our calls for meaningful reform. As October 19 approaches, remember to check CARP’s website for regular updates on how each party’s plans affect you.

CARP is a national, non-partisan, non-profit organization committed to advocating for a New Vision of Aging for Canada, social change that will bring financial security, equitable access to health care and freedom from discrimination. CARP seeks to ensure that the marketplace serves the needs and expectations of our generation and provides value-added benefits, products and services to our members. Through our network of chapters across Canada, CARP is dedicated to building a sense of community and shared values among our members in support of CARP’s mission. CARP has 300,000 members nationwide. 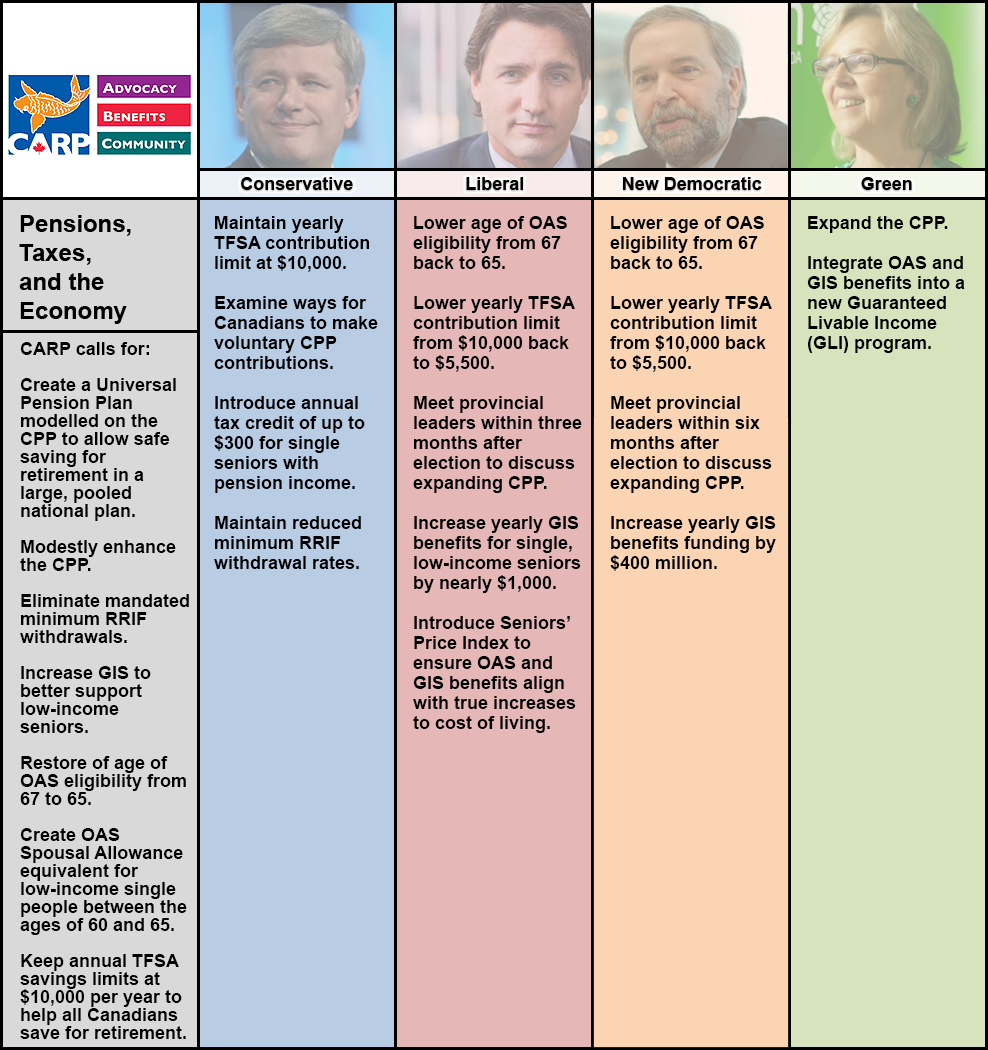 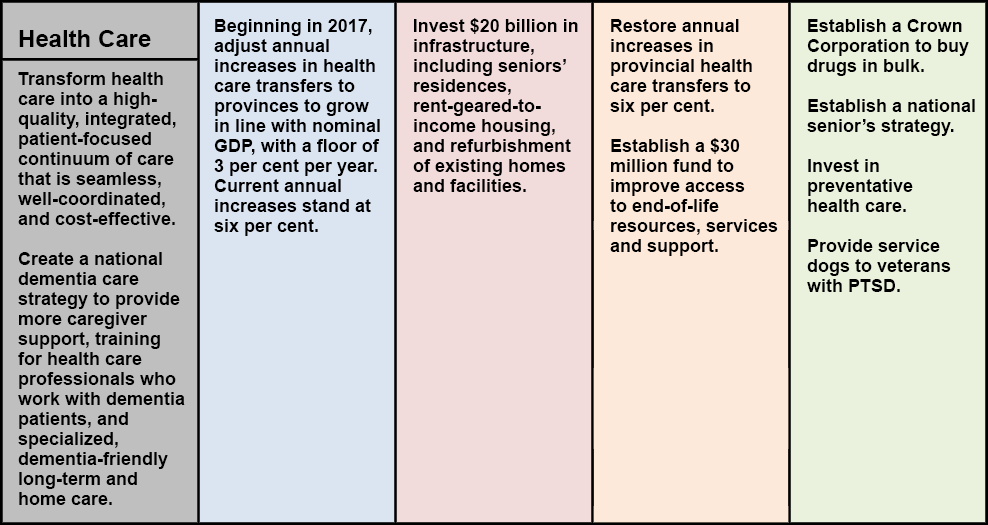